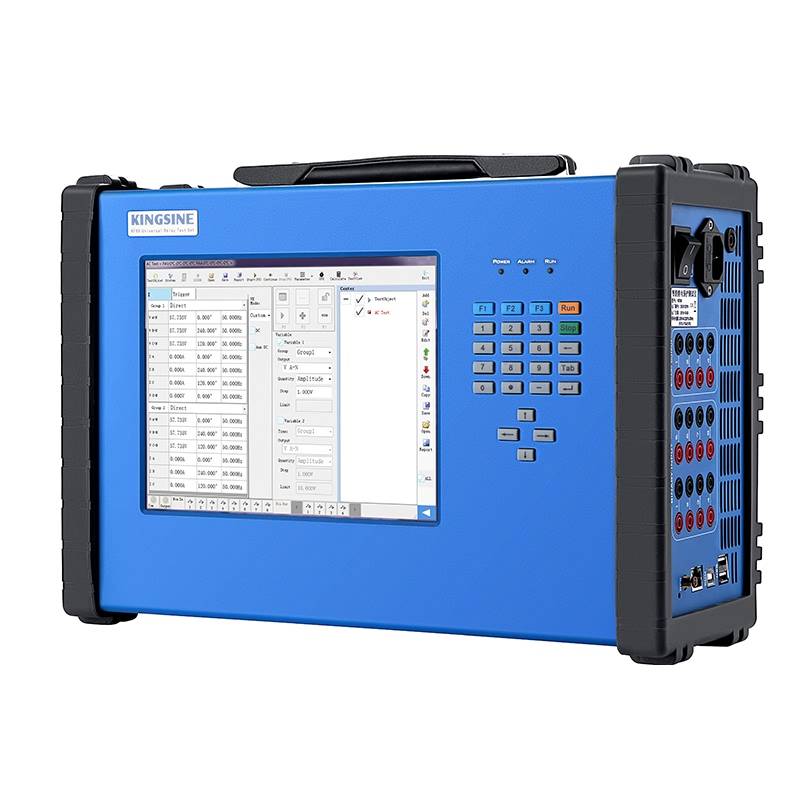 With the development of power system, more and more digital substation based on IEC61850 has been built in the world. IEC61850 is the new communication protocol which is adopted by power system so as to change the analog complicated wiring connection and protocol conversion. Based on IEC61850, such as GOOSE, SV, PTP, etc, could be communicated on the Ethernet via fiber optical cable connection.

KINGSINE, as the top leading factory supplier for all kinds of relay test sets in China., have launched plenty of IEC61850 testing tools, including KF8 series, K31 series and KF9 series.

Based on IEC61850, KINGSINE has launched the KF86P Universal Relay Test Set, which owns 6 current output, 6 voltage output, with 8 fiber ports, built-in GPS module. KF86P not only capable of testing a wide variety of electro-mechanical, solid state and microprocessor based protective relays, but also support digital relay protection tests based on IEC61850.

KRT is a relay test software that includes over 130 test templates of popular relays like ABB, GE, SIEMENS, SEL, AREVA, SCHNEIDER etc. KRT includes different testing module, that can be used for all kinds of relay testing, and it also has testing application, such as transducer and energy meter. To sum up, KF86P Universal Relay Test Set is undoubtedly your best choice.